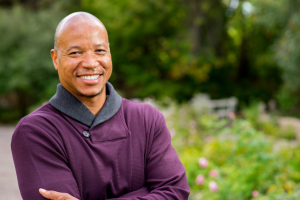 Steve Miller is Founder & CEO of the United States Christian Leadership Organization (USCLO), a human-rights organization dedicated to achieving racial equality and reconciliation around the globe. He is recognized as one of the world’s leading social entrepreneurs having won one of the most coveted international awards in the field of social movement, an Ashoka Fellowship. Pioneering the field of civic entrepreneurship, Ashoka searches the globe to identify and come alongside those individuals possessing the most creative ideas and innovative solutions to the world’s most pressing problems whether social, cultural, or political. They mobilize and motivate the global community to embrace frameworks that are new and fresh, and disruptive of societal norms that are frequently destructive and incapacitating. They also bring structural change, as well as new roadmaps and patterns, to some of the most ignored and intractable issues. In short, they change the status quo. Individuals selected as fellows must have identified a large-scale social problem they are actively solving and scaling at the systems-level, while at the same time persuading an oftentimes jaded and discouraged public to follow suit. Those who have won an Ashoka Fellowship are some of the most recognized social change-makers and figures and have gone one to win the world’s most prized humanitarian award, the Nobel Peace Prize. Past Ashoka honorees include Princeton University visiting fellow and CNN contributor, Van Jones; Wikipedia founder and internet entrepreneur and webmaster, James Wales; the 1997 Nobel Peace Prize Winner for Advanced World Conflict & Stabilization, Jerry White; and Kailash Satyarthi, the 2014 Nobel Peace Prize winner and founder of The Global March Against Child Labor.

Miller gives leadership to the HBCU Truth & Reconciliation Oral History Project an international project designed to document and archive the racial experiences of African Americans, while, at the same time, using the power of spoken and documented words to heal and create spiritual and social change. Miller leverages the power of students and scholars of color, as well as the leading institutions in African American society, such as Historically Black Colleges & Universities and the Black Church, to recreate conditions that led to the successful U.S. Civil Rights Movement.

Miller also leads the CHOICE Project (Churches Organizing for Impact & Civic Engagement), which organizes the African American church universal, especially in rural areas, to exercise its spiritual authority and the community’s power for civic engagement and legislative power. In this, he is particularly interested in registering rural American to vote and has launched the Rural America Voter Registration and Power Building Project to ensure the franchise as well as its potential to influence issues of interest in the halls of power. He specializes in racial healing, civic engagement, political participation, and racial equity.

Miller began working in human rights in Texas in 2009, with his efforts resulting in U.S. Federal civil rights investigations by the Department of Education’s Civil Rights Division and the United States Department of Justice’s Community Services Division, primarily within the Texas educational system. His work has brought increased equity to hiring processes, expanded job opportunities, and greater understanding of institutional bias in the educational system. He has coordinated and won legal actions at the Federal court level and has been the stimulus of rewrites of discipline policies, whose ends resulted in fewer loved ones of color being exposed to and caught in the educational system’s disciplinary apparatus, which correlates highly with elevated juvenile justice levels and mass incarceration rates.

Expanding nationally, in 2018 and 2019, he was nationally profiled by Forbes Magazine twice and, just recently, September 2020, by Christianity Today, the national magazine founded by the late Bible scholar and international evangelist, Rev. Billy Graham. He is a newly elected Distinguished Alumnus of Austin Presbyterian Theological Seminary for his work in racial equity and empowering the church to lead. His award nomination form noted that Steve is, “developing into an influential person throughout Texas and our nation.” He lectures widely around the country on the topic of racial reconciliation and its link to compassion and has stood at the lecterns of the most prestigious universities in the country, such as Duke University’s Fuqua School of Business in Chapel Hill, North Carolina. Ashoka cited Miller’s contribution as: equipping diverse religious leaders to address racial trauma and healing in their ministries across the county, by leveraging unique story-sharing alliances between Historically Black Colleges and Universities and the Black church.

Before coming to the world of social entrepreneurship, Miller was a finance expert and corporate banker specializing in large real estate syndications. He holds a Master of Business in Corporate Real Estate Development and Finance from Texas A&M University’s Mays Business School as well as a Master of Divinity from Austin Presbyterian Theological Seminary where he specialized in Theologies of Justice. He is in the final stages of completing his first book addressing racism’s “realness” and the churches duty to acknowledge it and fight it and is a twenty-two-year husband to Kim Watson and a father of two, Gabrielle and Andrew Kennedy.